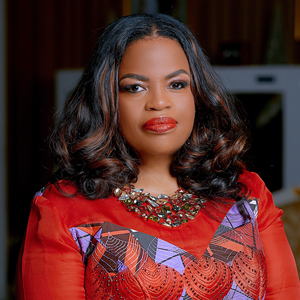 Rosa Whitaker is President of Mercy Ships, simultaneously maintaining her position on the International Executive Board of Directors of Mercy Ships.   Mercy Ships is a global charity operating the world’s largest private hospital ship bringing hope and healing to the poorest of the poor in Africa.  As President of Mercy Ships, Rosa assumes the mantle from the organization’s visionary founder, Donald K. Stephens, who now serves as President-Emeritus.  Noting that Africa carries a disproportionate share of the global disease burden, Rosa is using her deep faith and vast experience to alleviate this burden and create a compassionate and lasting legacy for the next generation.

Rosa is one of the hands-on architects of the African Growth and Opportunity Act (AGOA), America’s first comprehensive trade law with African countries. As the lead US negotiator for bilateral and multilateral trade agreements, she was the prime mover behind a series of unprecedented initiatives to enhance US trade, investment and economic cooperation with African countries. Ms. Whitaker also served as a career US diplomat specializing in African economic matters.

Rosa is also President and CEO of The Whitaker Group (TWG), a leading transaction advisory, investment and project development firm specializing in Africa, which she founded in 2003.

Rosa has received numerous honors, including being named one of Foreign Policy Magazine’s Top 100 Global Thinkers. She is a member of the Bloomberg Breakaway Network and was Vice Chair of Invest Africa US.  Previously, Rosa also served on the board of the Center for International Private Enterprise (CIPE) and served as Vice Chair of the US-South Africa Business Council. In 2002, she was named Woman of the Year in International Trade by the Women in International Trade organization. In 2001 Rosa received the Africa-America Institute’s Award for Promoting U.S.-Africa Trade Relations and received the Annual Achievement Award from the U.S. Association of Importers of Textile and Apparel in 2000. She was also inducted into the Hall of Fame for Trade by the Consumers for World Trade in 2003.

She holds master’s and bachelor’s degrees from the American University in Washington, D.C. and has completed studies in England and Italy as well as at the U.S. Foreign Service Institute.