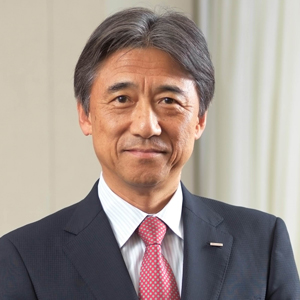 Kazuhiro Yoshizawa was named President, Chief Executive Officer of NTT DOCOMO, INC. in June 2016. Concurrently, he retains his position as a Member of the Board of Directors, which he assumed in June 2011.

Mr. Yoshizawa was a Senior Executive Vice President, Chief Information Officer, Chief Information Security Officer, Chief Privacy Officer, and responsible for technology, devices and information strategy from June 2014. He became General Manaer of the Structural Reform Office in July 2013, while concurrently serving as an Executive Vice President, General Manager of the Corporate Strategy and Planning Department, and responsible for the Mobile Society Research Institute from June 2012.

Mr. Yoshizawa entered NTT Public Corporation in April 1979, after graduating from Iwate University with a bachelor's degree in engineering. He was born on June 21, 1955.