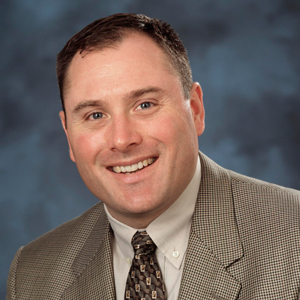 Jeff Lorbeck is a senior vice president and general manager of the Internet of Things (IoT) business unit within QCT – Qualcomm’s semiconductor business.  Prior to becoming GM of the IoT BU, Lorbeck served as chief operating officer of QCT, a role in which he also managed the worldwide go-to-market teams.

From October 2016 until July 2018, Lorbeck led the integration planning for Qualcomm’s intended acquisition of NXP. Prior to this role, Lorbeck served as chief operating officer of Qualcomm China with responsibility for leading the QCT business in the China region. This was preceded by a role as senior vice president of product management in QCT to provide Qualcomm Reference Designs (QRDs) for use by smartphone OEMs and ODMs.

Lorbeck joined Qualcomm in 1994 as a senior engineer on the Globalstar systems engineering team and advanced to vice president of engineering, where he led the development of Globalstar user terminals — portable phones, fixed phones, car kits, satellite data modems, and provisioning software. In 2000, Lorbeck became vice president of business development for Globalstar, heading its consumer, data, aviation, and infrastructure product lines. After returning from a Qualcomm assignment in Beijing, China from 2002 to 2003, Lorbeck moved into the position of vice president and general manager for Qualcomm Technology and Ventures (QT&V), managing both the technology R&D and venture capital functions of QT&V.

While GM of QT&V, Lorbeck led the formation of the MediaFLO business unit and served as general manager. This business unit was later separated to become MediaFLO Technologies (MFT) and MediaFLO U.S.A. Inc., a mobile content provider. Lorbeck served as senior vice president of engineering in MFT, where he led development of the end-to-end MediaFLO system, including the high-speed, forward link-only (FLO) air interface and MediaFLO client-server solutions.