Prof. Danbatta obtained his BEng, MSc degrees from the Technical University of Wroclaw in Poland and his PhD from the University of Manchester Institute of Science and Technology (UMIST) UK respectively. He served as a lecturer in the Department of Electrical Engineering, Faculty of Technology of Bayero University Kano for 32 years, where he taught courses in telecommunications engineering and electronics and held academic positions of Dean of the Faculty and Head of Department at different times. He at various times held the following responsibilities:

- Administrator of the Works Department

- Director of the Centre for Information Technology (CIT).

- Member of over 60 University committees and task forces, including numerous stints as Chairman.

- Served on over 20 committees, prominent among which was his Chairmanship of the Implementation Committee of Kano State University of Science & Technology, after which he became its pioneer Deputy and Acting Vice-Chancellor when it took off in 2001.

Prof. Danbatta has supervised more than 60 PhD, MEng and BEng projects in diverse areas of telecommunications and has also served as external  examiner  to  seven universities  and  polytechnics  and  is  an  assessor,  technical  reviewer and editorial member to eight research journals. He has to his credit more than 60 articles in journals, conference proceedings and technical reports. He is also the author of a six-chapter, 167-page book titled Elements of Static Engineering Electromagnetics.

He is a recipient of 18 distinguished awards and certificates of honour.

Professor Umar Garba Danbatta is an embodiment of Excellence, an epitome of humility and a leader per excellence. He is happily married with children. 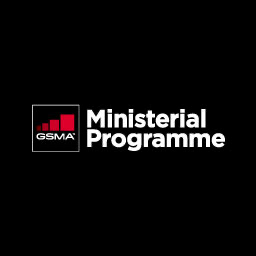 Covering the Costs of Mobile Connectivity