Daryl is passionate about how AI, computer vision, 5G, sensors, and edge devices can solve people’s problems. As VP and CTO of Lenovo’s PCs and Smart Devices, Daryl’s top priority is to inspire innovation of emerging devices by identifying and nurturing new and future areas for investment and growth. He partners closely with business leaders to invest in the future, drive business development, and accelerate technology transfer to bring new and high-quality innovations into the marketplace.

As the PC and Smart Device business’ Chief Product Security Officer, Daryl is also responsible for security reviews and governance.  This includes establishing standards, policies, and best practices, as well as ensuring compliance.

Daryl’s previous role was in Lenovo Research, where he oversaw investments in the strategic and fast-growing connected devices market, including smartphones, PCs, augment reality, virtual reality, foldable devices, and wearables. In this role, Daryl

managed a diverse set of Device+ Research Labs, creating an intricate network of researchers across multiple laboratories and international locations, from Raleigh, Chicago, Yokohama to Beijing, Shanghai and Shenzhen.

Daryl is a profile inventor; he holds over 375 issued US patents and was named ‘Inventor of the Year’ several times at Lenovo and IBM.  He was also appointed as an IBM Distinguished Engineer for his numerous technical contributions before joining Lenovo.

Daryl has been active in a number of groups and Sigs (IEEE, PCI, VESA, Trusted Computing Forum, Wired for Manageability, Bluetooth, WIFI). He is currently serving on boards of directors for several startup companies, as well as the North Carolina Technology Association.

Daryl received a Bachelor of Science degree in electrical and computer engineering and a Master of Science in solid state physics from the University of Cincinnati. 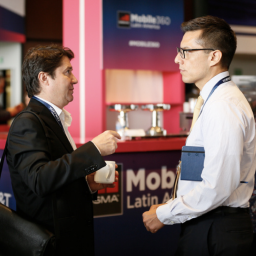 Building the edge the shift in computing capabilities

Building the Edge: The Shift in Computing Capabilities